Concerts in the Pinetum/Red arrows Folkestone

We have Tom Jones on Friday and Kaiser Chiefs on Saturday, this coming weekend in Bedgebury Forest.  This is an annual event over the two days in mid summer. In the past we have had Simply Red, UB40, Brian Ferry, Paul Weller and so many more.  It’s brilliant and better still just on our door step!

The Red Arrows are in Folkestone on Friday too! 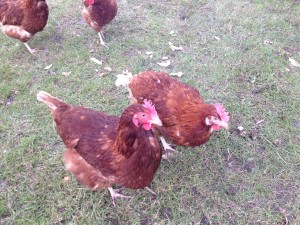 We now have chickens!  This means that people can enjoy our breakfasts cooked with free range, organic and tasty eggs and be able to see why they are delicious and fresh!  Now, their names are, I think Gloria, Gaynor, Pollito, Nugget and Scrambles……

Now which ones are these?

An Author and Poet lived in Curtisden Green!

Quite by chance is the discovery of Author and Poet Richard Church C.B.E. (b.1932-1972)who lived with his second wife Katherina, here in Curtisden Green.  He is responsible for renovating his Oast House situated at the far end of Curtisden Green of which photographs can be found on the internet.

One book he wrote entitled “A History of Kent” contains a chapter dedicated to Goudhurst and its famous families, historic houses,  gardens, the panoramic views and much more.  He clearly loved the countryside here. He writes also about the many hours he spent at the Tower of Goudhurst Church whilst in the Home Guard during the war.

When his wife Katherina died in 1965 he moved to The Old Stable at Scotney Castle and was near his friend and literary colleague Christopher Hussey of Scotney Castle.

He subsequently remarried and left Scotney to live at The Priest’s House at Sissinghurst Castle where in 1972 he died suddenly having left many legacies in his books and poems.